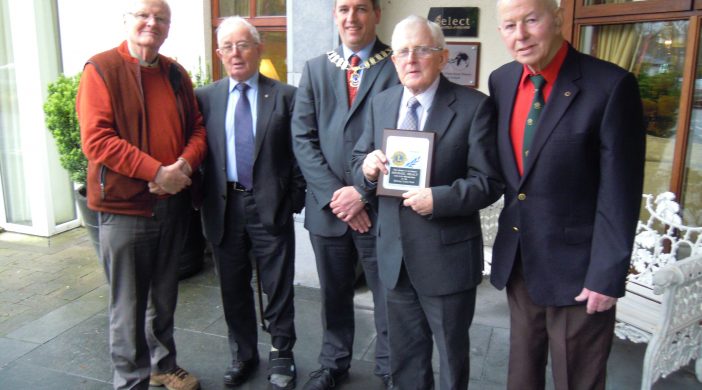 One of our charter members, Michael Healy died recently after a long illness. Michael was instrumental in establishing Galway Lions Club at the suggestion of his brother who was then a member of Clonmel Lions Club. Galway Lions Club was chartered on 22nd March 1972 with the following members: Richard Bourke, John Butler, Bernard Campion, Terence Crosby, Terry Cunningham, James Egan, Dan Griffin, Brendan Guerin, Michael Healy, John Howlett, John McCann, Donal McCarthy, Sean McLoughlin, William McMahon, John Melia, Gerald Molloy, Bernard Murphy, Kieran Murphy, Enda O’Byrne, John O’Sullivan, Thomas Turner. Michael served as the second President of the Club in 1973-1974. Michael took a particular interest in projects such as the Big Push and in the twinning of Galway Lions Club with Lorient Lions Club. A native of Cork, Michael was a boy soprano and retained a life long interest in opera and classical music. He was also a keen sailor and traveled extensively. He also had a great sense of fun.   He was made an Honorary Life Member of Galway Lions Club in 2014.

We extend our sympathy to his wife Eileen, his sons Dan and Thomas, daughter Maeve and his extended family. May his gentle soul rest in peace.